Split Second has developed an FTC1 Fuel/Timing Calibrator specifically for the Jeep 4.0L, in-line six engine. It is the perfect complement for either a supercharger or turbo. It allows the use of larger injectors to appropriately fuel the motor in boost. The FTC1 has it own 2 bar MAP sensor which replaces the stock MAP sensor. This makes it possible for the stock ECU to read boost. Map table A programs the fuel over the entire load range of the engine while map B programs the timing retard required to avoid pinging.

Before installation of the FTC1, this Jeep has a serious lean spot in boost. Both problems were fixed by the FTC1. An added feature of the FTC1 is that you can download different calibration files as needed. If this Jeep goes to the back country where premium unleaded is not available, the owner can download a calibration map that takes out enough timing to run on regular unleaded. The performance is not as good, but it is safe to run without worrying about pinging. 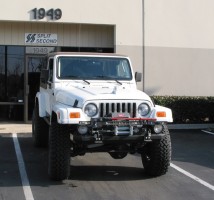 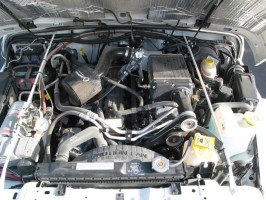 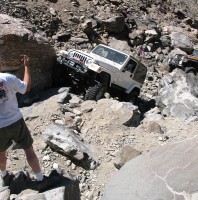 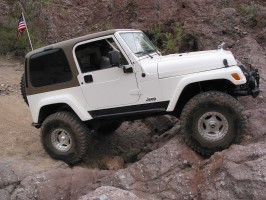