Chris used our PSC1-009 air/fuel calibrator with a Bosch MAF sensor on his Lancia Scorpion. Since this was a very unique car, there was a certain learning curve associated with making this kit work. Chris was very methodical about troubleshooting and solving various problems along the way. He was rewarded with a very nice running car. 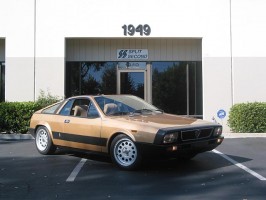 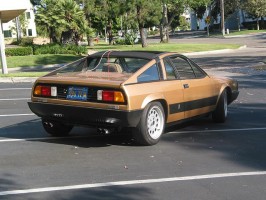 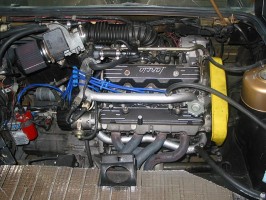 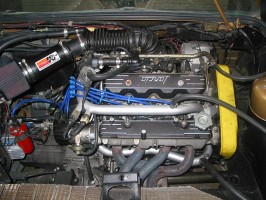 Here is the before and after comparison of air flow meter and MAF sensor installation.

After getting some of the bugs worked out, Chris posted this note:

So for all you dual-carb guys, this probably won’t mean much. But I finally got my EFI to “dither” around stoich! Woohoo!!!

In my battle to get the maf conversion to work, I reverted back to the vane meter to find that it really wasn’t any better than the maf. So that meant something was fundamentally wrong somewhere in the base efi system. Overall, the car ran pretty well but it wasn’t running closed-loop and it should have been.

So I shot it with both barrels, and today, I:

Put it all back together, and it now dithers (weaves back and forth) around stoich, which means the computer is now in closed-loop operation. And oddly enough, it runs closed loop a lot of the time (I had the impression there were only a few conditions that put the system into closed loop, but it weaves back and forth almost all the time…hard acceleration and wide open it does not dither).

So the maf is back in and the system is running fine (and predictably!).

So why is this significant, you ask? This means that I should now be able to set a map for the maf sensor that’s right on the nose, then hook up the O2 sensor and *keep* it there. Any time spent on the dyno to perfect the top end will be *worth* it now. 🙂

The problem I had before was that a perfectly set up map one day, would be too lean or too rich the next day. Now that the system runs closed loop, the ecu is adjusting for daily variations to keep it on map.

Anyway, that’s the summary of what happened today. Am looking forward to some seat of the pants dyno time tomorrow to get the map dialed in.